1
What is the imposter syndrome? | Imposterhood

What is the Imposter Syndrome? 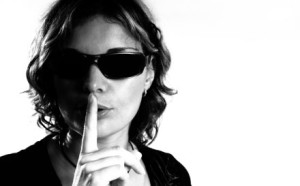 The Imposter Syndrome has been around as a recognised syndrome since the late 1970’s. It was identified by two psychologists Pauline Rose Clance and Suzanne Imes. they were working with high level female academics nearing the end of their studies. Clance and Imes were puzzled by the fear these women expressed about not making it through the finals. It made no sense. They hadn’t failed before. So, they investigated and found that 70% of people they talked with had experienced this feeling not good enough and 33% of them experienced it at a chronic level. The symptoms that were common amongst the people they talked with were:

This syndrome has been investigated extensively since then.

The thing about the imposter syndrome is that it is latent until triggered and that under its influence, we step into small behaviours.

Perhaps you’ve noticed that at times, you go into defensive or risky behaviours that you question later with the benefit of a cool head. If that’s the case, why not investigate further and see if this is something that ma be standing in the way of your success, however you define it.

Firstly, though, let’s find out if you experience the imposter Syndrome.

Find out if you experience the imposter syndrome

Designed and developed by ByteCrest